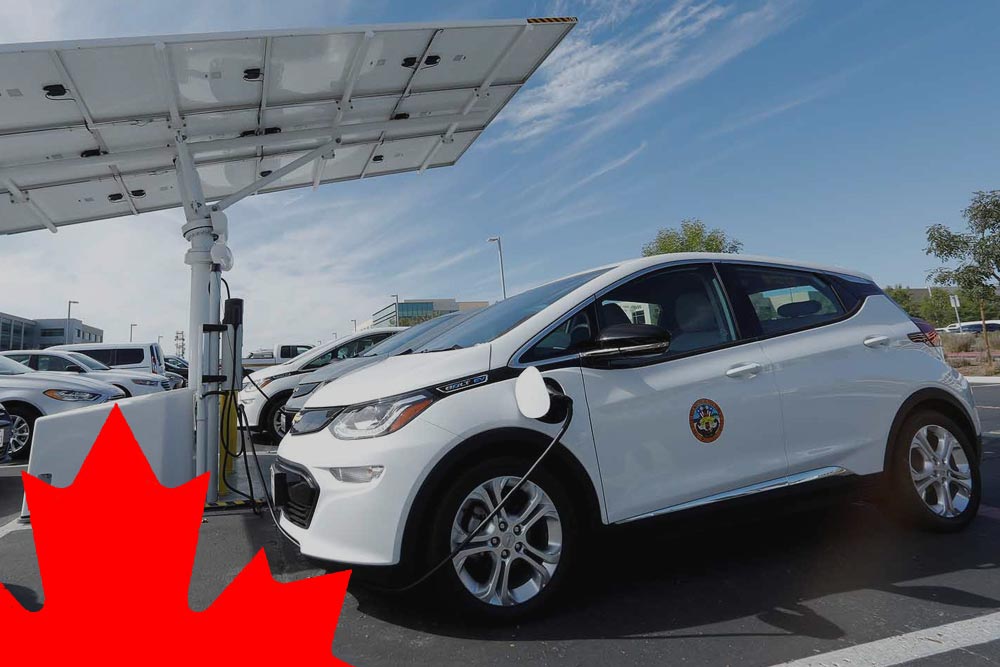 The government pledged $437 million in future spending on electric vehicle charging infrastructure and zero-emission vehicle purchase incentives, building on the $480 million it has invested since 2016.

Immediate reaction to today’s unveiling of the federal government’s Climate Plan has focused on its decision to hike the carbon tax to $170 a tonne in 2030. But the plan also renewed the spotlight on commitments made in last week’s Fall Economic Statement to extend funding for electric vehicle rebates and charging infrastructure.

Specifically, on charging infrastructure, the government has allocated $150 million to be spent over three years — $20 million in fiscal 2022, and $65 million in 2023 and 2024 respectively. For its iZEV purchase incentive program, meanwhile, it has committed a further $287 million — $54 million for the balance of fiscal 2020 and $232 million for fiscal 2022. No new incentive funds were announced beyond that date, suggesting the government has other related plans in the works it has yet to finalize.

Reaction to the new funding was generally positive.

“Boosting the adoption of ZEVs in Canada requires a combination of financial incentives, accessible charging infrastructure and more education about electric vehicles,” said Brian Kingston, CEO of the Canadian Vehicles Manufacturers’ Association, in a statement.

Isabelle Turcotte, federal policy director at the Pembina Institute, called the plans “another downpayment on a resilient, inclusive and competitive economy.”

“This economic statement builds on the $10-billion Growth Plan from the Canada Infrastructure Bank (CIB) with new measures to support energy retrofits for buildings, electric vehicle charging infrastructure, and cleaner grids,” she said.

Building on prior outlays

The latest funds are in addition to the CIB’s investment plan (outlined earlier this year) that has $1.5 billion earmarked to accelerate the adoption of ZEV buses and accompanying infrastructure.

Likewise, the iZEV program launched in May 2019 with an initial $300 million in funding. Through the end of September, more than $255 million of that had been paid out. The new top-up ensures EV buyers will continue to be able to receive a rebate of up to $5,000 on the purchase of eligible battery-electric vehicles.

The fall statement also includes a tally of results from money spent on charging infrastructure to date. It amounts to $226.4 million since 2016, which translates into 433 charging and fuelling stations built and over 800 under construction.

“These investments in infrastructure for zero-emission vehicles will help increase confidence that charging and refuelling stations are available and conveniently located where and when they are needed,” the government said.